Will you believe a tattoo artist who has no tattoos?

Most people think that the tattoo artist should wear tattoos, punch, and look cool.

But this is not the truth. Not all tattooists have tattoos! And these “tattoo artists without tattoos” have been questioned by customers and the outside world because of their appearance and professional mismatch!

The popular American reality show tattoo program “Ink Master” is attended by tattoo artists. They accept various challenges with relevant artistic skills, and are judged by famous tattoo artists, artists, and audience, etc. Each episode eliminates one or multiple contestants; the winner of each season will receive a huge prize and “King of Tattoos”.


In season 2, a contestant named Jamie Davies, who has many years of experience, caused nuclear bomb discussions because he did not have a tattoo on his body. Many tattoo masters, such as Oliver Peck (the owner of Elm Street Tattoo and tattoo queen Kat VonD Ex-husband), Chris Nuiez (handcrafted Tattoo host, reality show “Miami Tattoo” tattoo artist) critically criticized Jamie; they believe that a tattoo artist should own a tattoo to understand all aspects of tattoo. 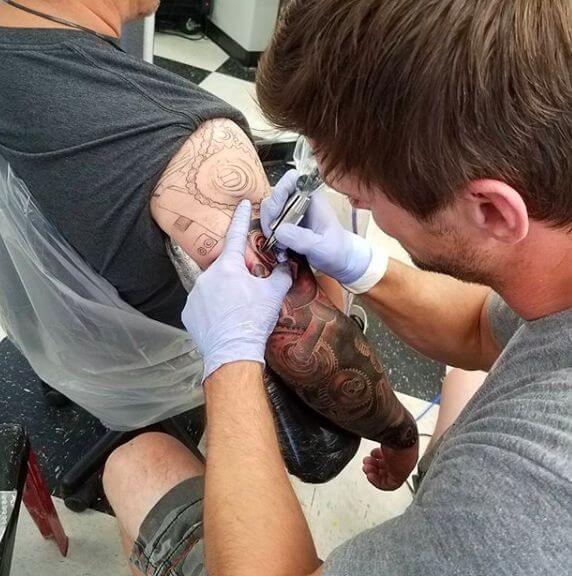 That’s right, the guy in the picture below is Jamie Davies, who wear suit and tie, do you believe he is a tattoo artist? He once caused controversy because he didn’t have a tattoo on his body.

Jamie’s fans counter-injected judges on the Internet: He is the best one on this show. The judges always say “your job is really great, but you don’t have a tattoo.” Although he was one of the best contestants in this season, he was eliminated because he didn’t have a tattoo!

The picture below is the work of Jamie. Even if he has no tattoo, he is still skillful? !! The people who question him are judging others by appearances! 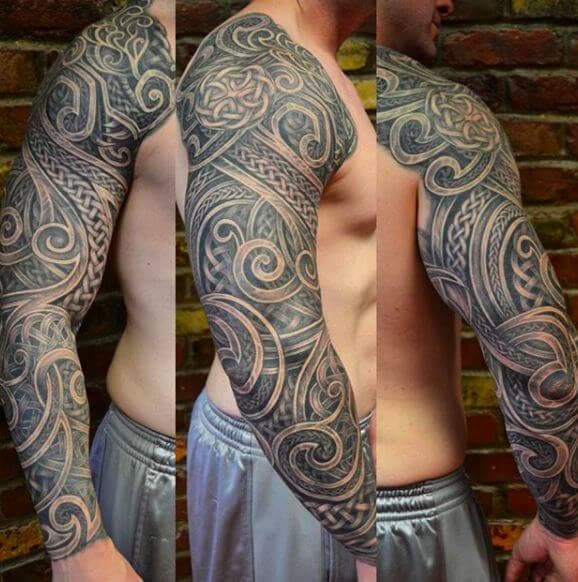 2. The tattoo artist is still skillful

Mark Wade, a New York tattoo artist who specializes in realism, was also suspected because he has no tattoos.

He said, “It’s not an exaggeration. Tattooists without tattoos are a stigma. They need to withstand the gossip. They have a higher tolerance than tattooists with tattoos. Taking myself as an example, some people question me why he stays in a tattoo studio, and what he does?

Even if he introduces himself, I can still feel the others looking up and down, as if taunting him: Haha, you do n’t even have a tattoo, can you be a good artist?

Tattoo artist Mark Wade is working. He has no tattoos either.

I found out some of his tattoo works. What kind of fairy technology is it? Without years of accumulation of sediment, this effect can not be traced at all. 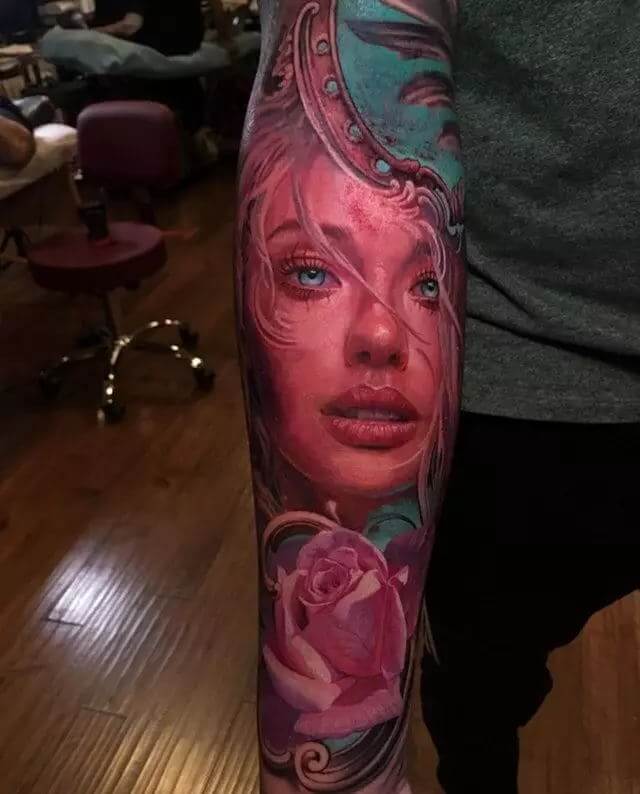 It seems that New York tattoo artist Mark Wade being questioned due to without tattoos even though he has extraordinary skills. Not too long ago, Wade finally wore a blue bird tattoo after being a tattoo artist for many years. He said: Experience tells me, wait, I will get something better. If I mind the eyes of others, I can find a tattoo artist to tattoo me anytime, anywhere, but I prefer to get it at my own pace. ”

I believe that his mentality and world views are super positive, and I became one of his fans. 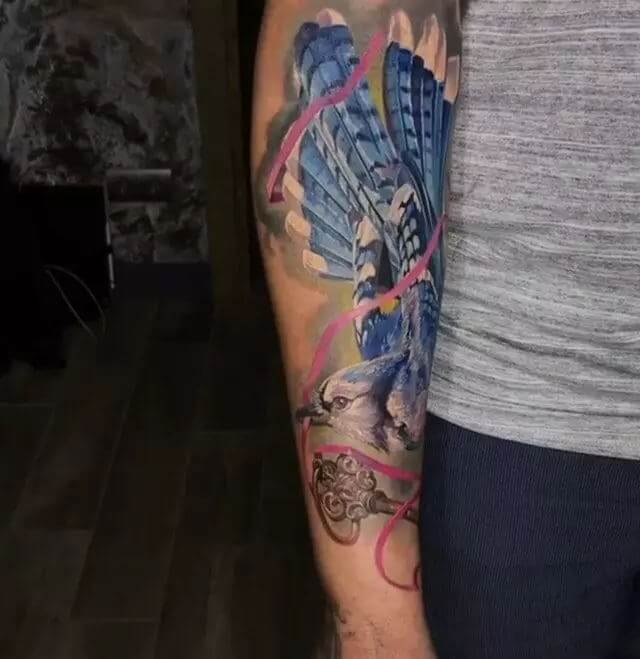 Contrary to the tattoo skills, many young tattoo artists got tattoos as many as they can when they have just begun their careers, and even in the stage of learning tattoos.

Kayleigh Peach, a British female tattoo artist, in order to motivate herself to pursue her dream, on the first day of becoming an apprentice, she decided to get a tattoo on her face and stab cursed (cursed) on her right eyebrow. Followed by roses on the right face, and leaves on the left face symbolizing the new beginning of life.

Kayleigh explained her behavior: “I tattooed my face so I couldn’t find a proper job, so I had to insist on what I am doing.” 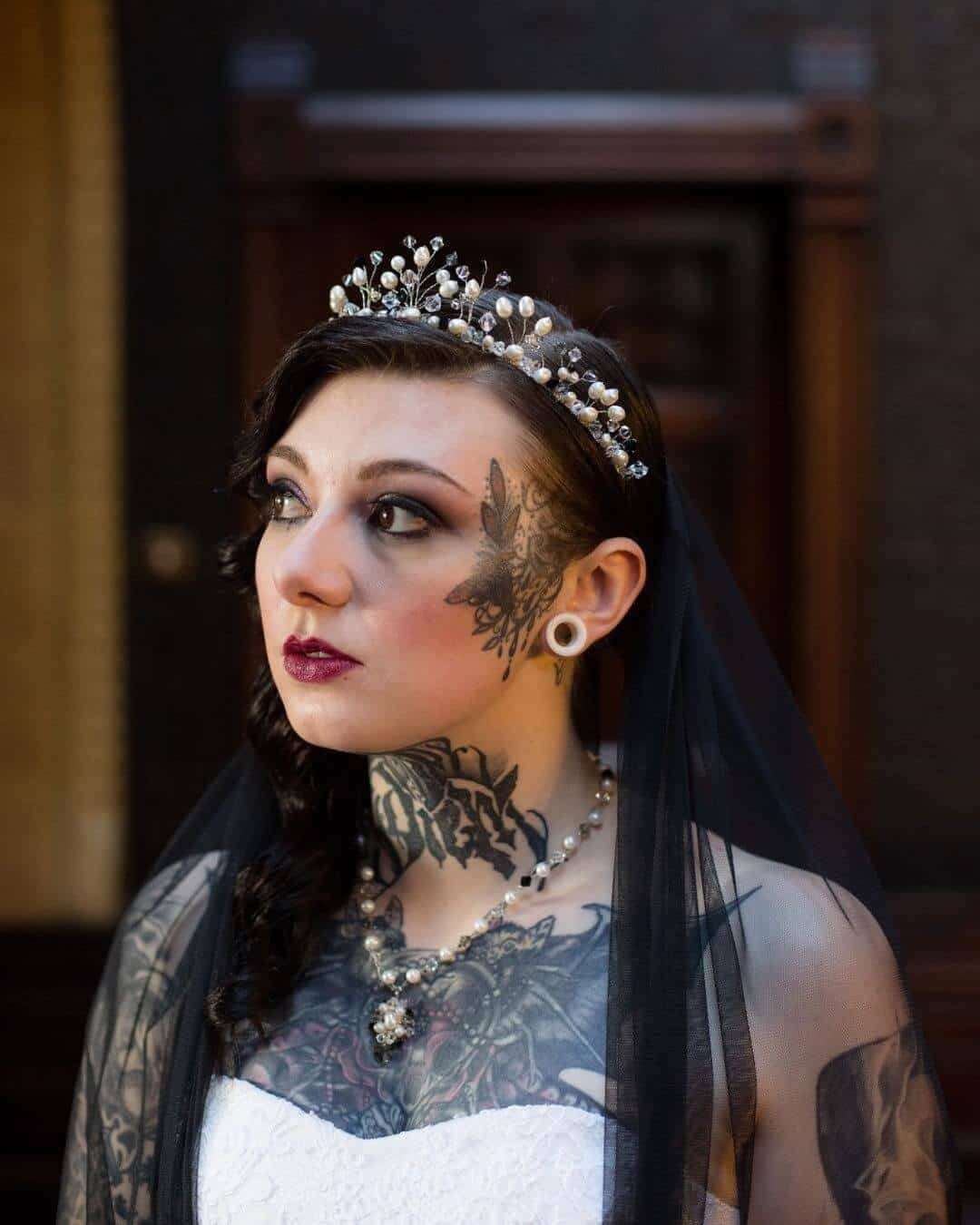 So far, about 60% of her body was tattooed. She really looks more like a tattoo artist than the two previous tattooists. 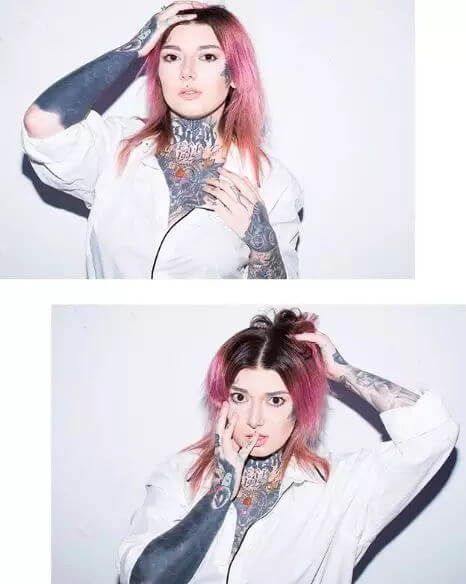 After two years of hard work, Miss Kayleigh’s efforts have not been in vain, and she has now become a formal tattoo artist. But there is still much room for improvement in terms of works. 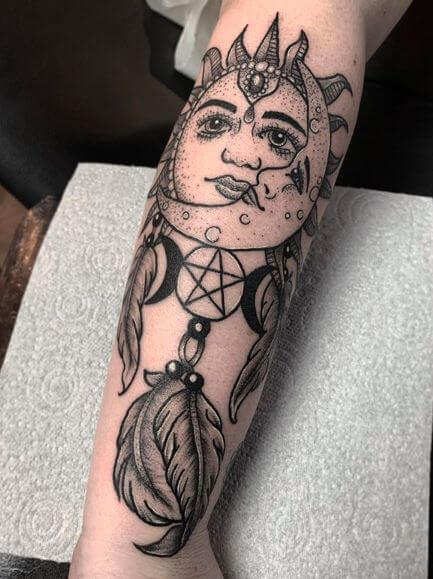 There are divergent views on whether a tattoo artist without a tattoo can produce high-quality work. Most voices are that tattooists without tattoos cannot understand the process their clients are going through. In fact, this kind of professional prejudice appears in all aspects of our lives. You should not believe in a skinny chef, a bartender who has alcohol allergies and cannot drink alcohol often, and we believe that bald program that can’t write good code, etc.

When you are looking for a tattoo artist, whether a person has a tattoo does not represent his skill level and ability.

Although most tattooists have tattoos, there are also some tattooists whose skins have not been cultivated. After seeing numerous skins and too many tattoo designs, they have perfectionism + choice disorder for their own skin.

A successful tattoo artist relies on his work to speak, as well as guests’ feedback on his abilities and his tattoo works.

If you don’t trust a tattoo artist without a tattoo, there are many other tattoo artists to choose from. It’s just possible that you missed an extraordinary whiteboard tattoo artist and chose a cool tattooist who is a new tattoo artist. The important thing is their tattoo works. 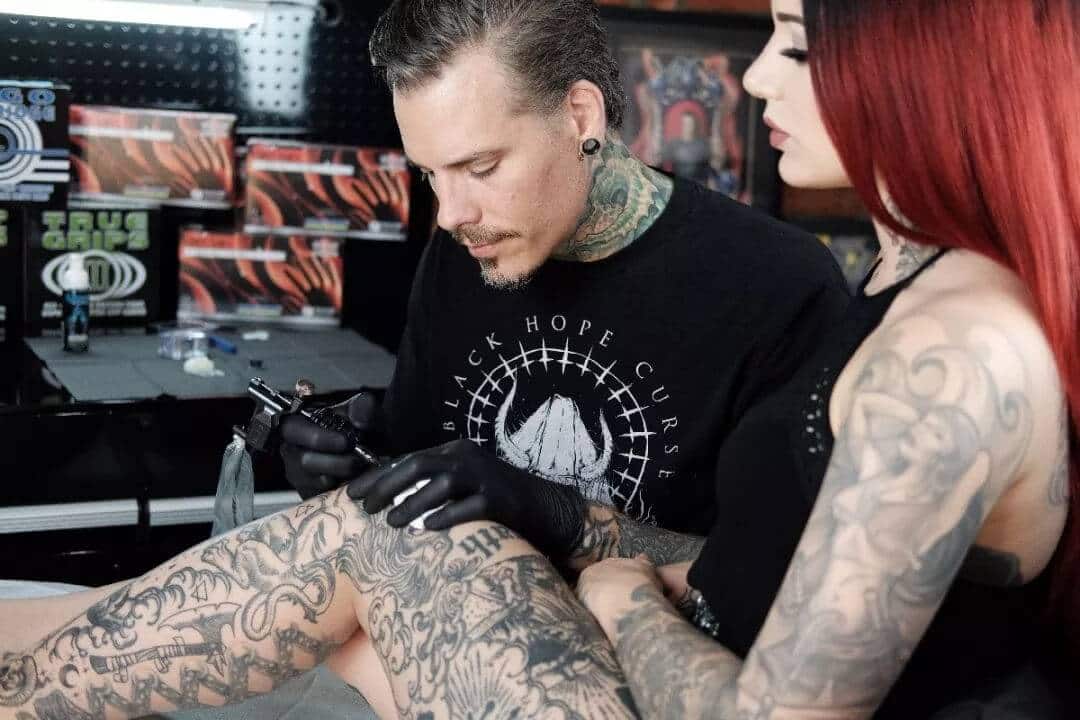 Known as Mr. Bruno for many years, Bruno de Pigalle was the only tattoo artist in France in the 1960s and 1970s who was recognized and registered as a business. He has no tattoos. He wore a lab coat when he was working, and few people saw him not wearing it. Although he never really said he didn’t have a tattoo, this has become a recognized fact. 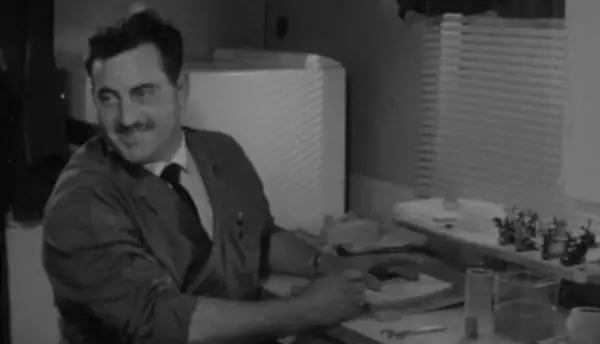 Bruno opened the first tattoo studio in Paris in 1960 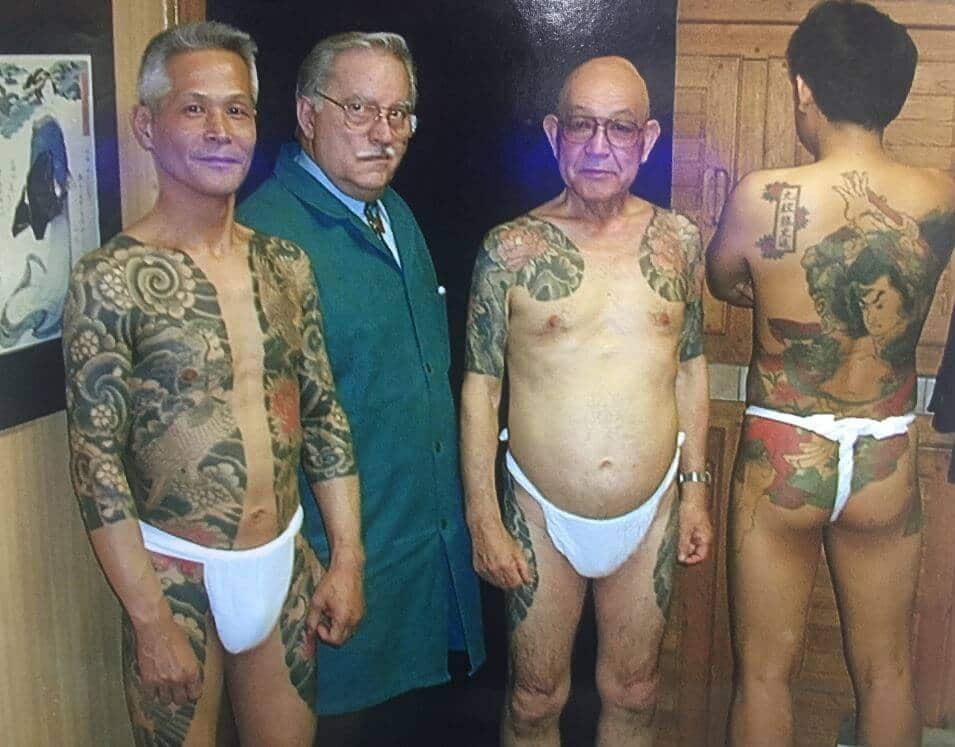 When Bruno was young 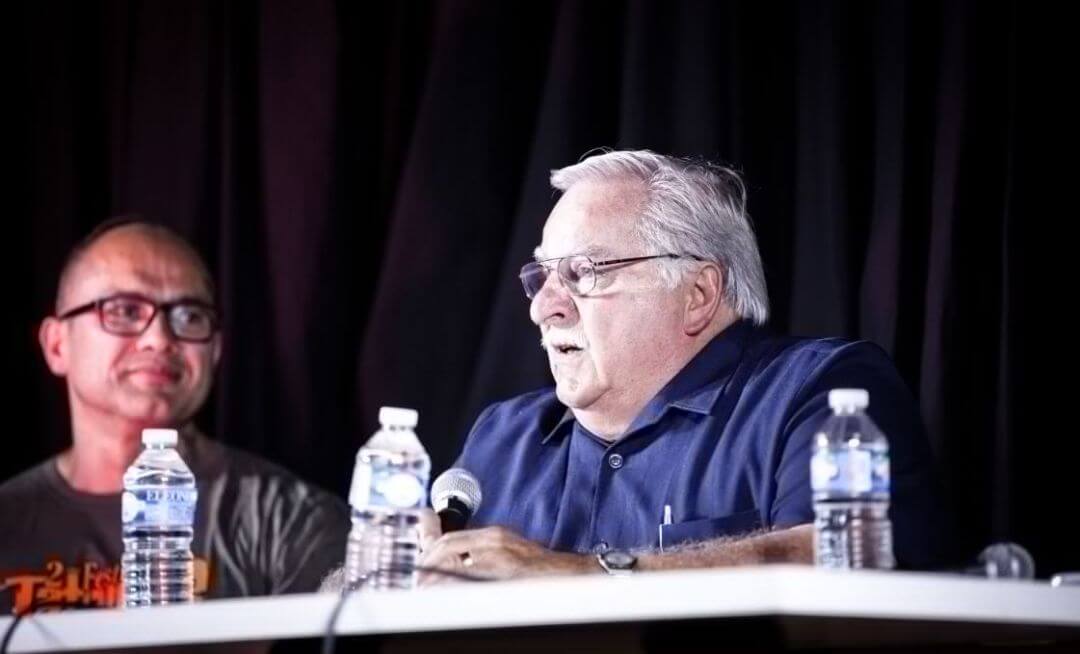 Mr. Bruno has served as an honorary sponsor of the International Tattoo Festival

Many tattooists have said that they can appreciate the historical traditions and cultural elements of body art without tattooing.

A blank-skinned tattoo artist may be a minority, but not having a tattoo logically does not affect his talent and diligence. 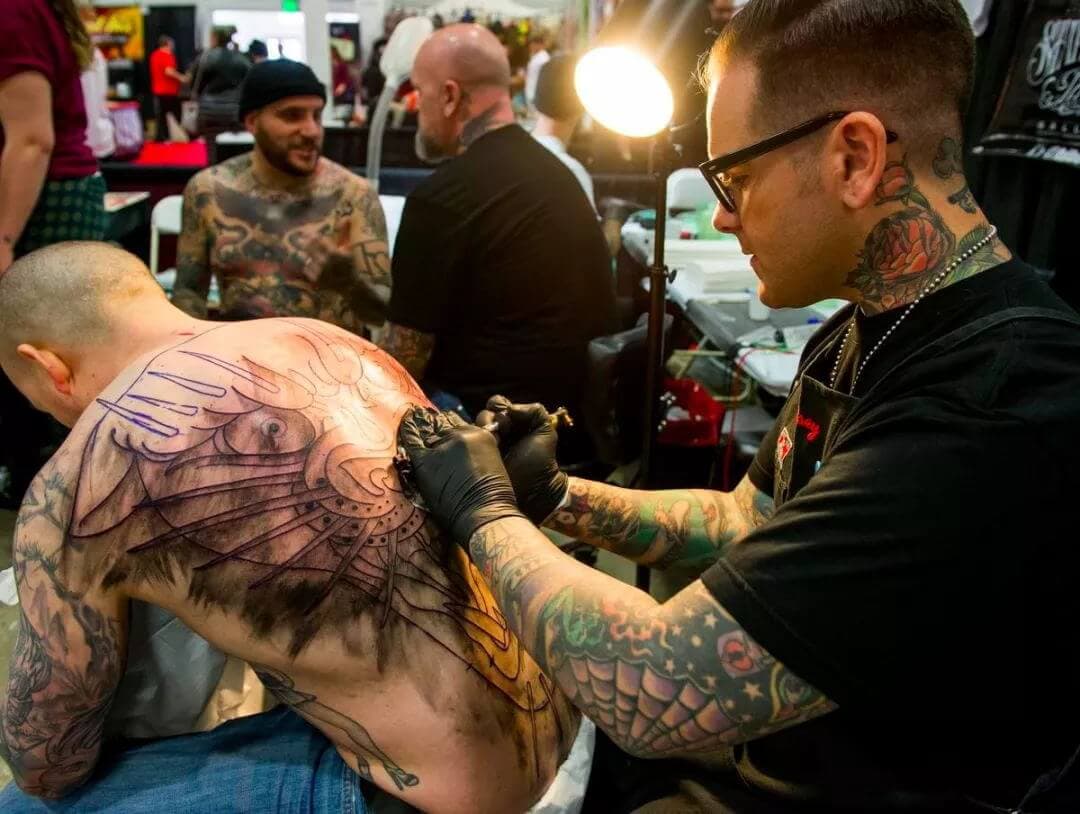 During the COVID-19, we provide disposable face masks and KN95 face masks, expedited delivery within 2-3 days. 2 FREE MASKS are available for any purchase.