NBA players and their Kanji tattoos.

According to the research and analysis of kinematic psychologists, tattoos can become fashionable for two main reasons: On the one hand, NBA players want to be recognized and familiar with the public and have their own characteristics; , Tattoo is also a special way to show your own personality.

The four large characters in his left arm are very eye-catching, and his own understanding of this idiom seems to be “never be satisfied.”

Although he has been away from the NBA for a long time, Chinese fans are still impressed with his tattoos. The left arm is a big “可以”! Mainly Sean feels that his last name is “May”, which translates to “可以” in Chinese.

Refers to the person who handles the chores of the dead and carries the coffin. It is the feeling of a hell messenger. This tattoo of Marion always feels like a secret sign. We know every word, but there is really no idea about how to put it together. I suspect the tattoo artist may not know Chinese! 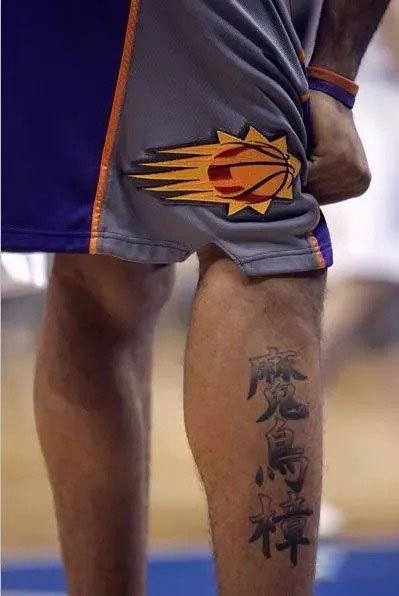 Various tattoos are displayed directly on the skin of NBA players, giving viewers an intuitive visual experience. And through different tattoos and tattoo content, can fully reflect the different pursuits, beliefs and origins of NBA players, which also makes different NBA players get different feedback from fans. In the current stage of NBA players, most of the tattoos have a direct relationship with the player’s own family or some heroes. These tattoos are not only for the sake of beauty, but also directly show the inner world of NBA players, reflecting Different characteristics and pursuits of players.

“家庭无畏” may mean that you are not afraid of anything as long as your family is present.

During the NBA shutdown, Chandler came to the CBA and tattooed his name on his body in order to express affection. For today’s tattoos, it no longer has a symbol and a certain religious meaning, nor does it represent a sign of joining a certain organization, but an embodiment of people’s pursuit of personality and self. Americans like to study the philosophy of other countries. The philosophy of our country is very different from the philosophy of the United States. If we can understand the meaning of Eastern philosophy, it will show that Americans have a richer life experience. Therefore, they will emboss Chinese characters in a prominent position on their skin, which not only reflects their knowledge, but also fits into the social environment of the United States.

Like tattoos, Iverson’s life is a loyal word. “Be loyal to himself, to the team, to the family, to his friends”. Regarding the word “心诚”, although Fisher could not read it out accurately, he understood their meaning.

“One refers to the heart, one to show people’s beliefs. Together, it means that people must be sincere and must have their own beliefs,” Fisher explained. In the eyes of Americans, the upright Chinese characters are a typical symbol of traditional culture in the Eastern countries for thousands of years. At present, with the development of human society, people’s psychology has also changed, they will be more inclined to trendy things, and Chinese characters can better show and interpret this trend. Many NBA players are affected by this trend culture, and will no longer play cool patterns on their bodies like the young people of the past, but will instead put some rich idioms or Chinese characters on their bodies. The NBA’s visit to the mystery of the East is also a reflection of Chinese cultural identity.

The word “耐心（patience）” seems bland, but it is a good expression of Rose’s mood. The youngest MVP, but injuries are always entangled. Like us, he is patiently waiting for every bloom! 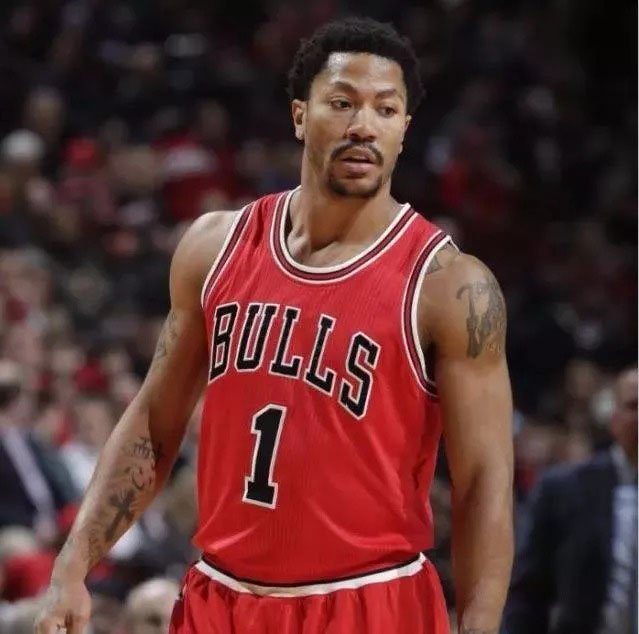 Identification of oneself is also a manifestation of a player’s own clear life goals. It can have the pursuit of an independent and positive life goal, and gradually show its self-worth, harvest social approval and recognition, experience identity, gain self-esteem and confidence, It will also succumb to the influence of other people and society. NBA players can put Chinese characters on their own body, which also represents the players’ recognition of their basketball skills, and has extremely confident, and dare to truly show themselves. Therefore, the Chinese character tattoo is also a recognition of the player.

Most NBA players have their own special beliefs, which is the main reason why they can become the idol most basketball fans admire. When we see Chinese characters tattooed on NBA players, not only will we have a sense of intimacy and pride in our hearts, but we will also have an inexplicable affection for the players. Therefore, I hope that more and more Chinese characters will appear on NBA players. At the same time, I hope they can understand Chinese culture and identify with it.

During the COVID-19, we provide disposable face masks and KN95 face masks, expedited delivery within 2-3 days.

2 FREE MASKS are available for any purchase.